Our language teacher, Pilar, asked us to look for a crime report. We had to explain wha is it about, search for passive contructions and prepare the vocabulary.

-This crime report talks about a woman of 31-years-old who has been found dead in a rubbish dump, who brought back memories of the Ángeles Rawson case. This woman was last seen between May 1-16.

spokespersons: a person authorized to speak on behalf of another person

delusional: the act of deluding or state of being deluded

lodging: a room or rooms rented for residence

This is a little test that we had to do it online explainig how to use Passive Voice using Infographic. This is my infographic. 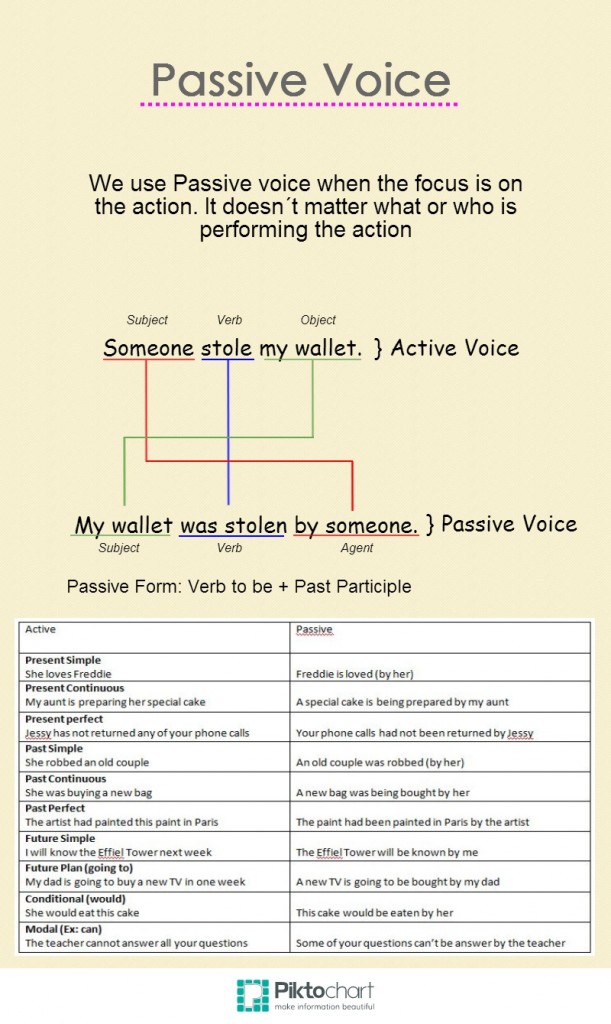 We had to choose two questions to do from Pilar´s Blog to do the test. Here are mine´s.

1.Discuss the full significance of the title of the story.

The significanse of “Dumb Martian” is that Duncan thought that Lellie was a stupid, usless martian, but that wasn´t true, Lellie was very inteligent.

2.“She was a dumb Mart”. This phrase is repeated often throughout the story. Do you agree? Explain with reference to Lellie’s actions.

In my opinion, Lellie wasn´t a dumb martian. Actually she was a very clever martian because she learnt how to write, play chess, read and more very fast. At the beginning the agent says “[…] but they were a mighty clever people once” referring to the martians. Also Mr. Winter comments about Lellie being dumb “Yes, Leille is a Mart […] but dumb? she certainly is not”.